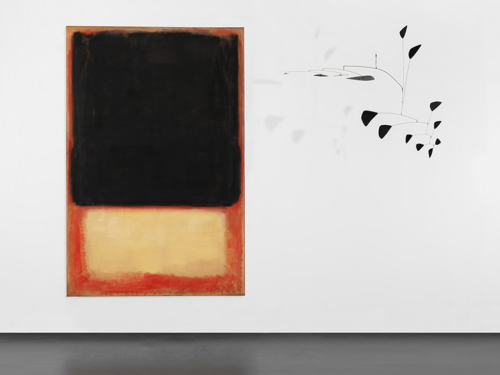 A constellation of pivotal artistic and historic moments, this exhibition illuminates the influences that connect these icons of post-war art across the Atlantic. Miró, Dubuffet, and Picasso had a formative impact on many mid-century vanguard American painters. In his early work, Rothko was inspired by the primordial imagery and mystical landscapes of Miró, who in turn saw and admired the New York school following a visit to the United States in 1947. When describing his observations of American painting, Miró explained that, “it showed me the liberties we can take, and how far we could go, beyond the limits. In a sense, it freed me.” This sentiment was similarly felt and adopted by Picasso in his own work. Decades later, Picasso and Dubuffet's primal mark-making and uninhibited artistic approaches left an unmistakable impression on Basquiat, who made frequent visits to galleries and museums to specially study Dubuffet.